According to Song Guangsheng, director of the National Indoor Environment and Indoor Environmental Products Quality Inspection Center, if the following conditions occur in a newly renovated house, you need to pay more attention to vigilant indoor harmful substances. 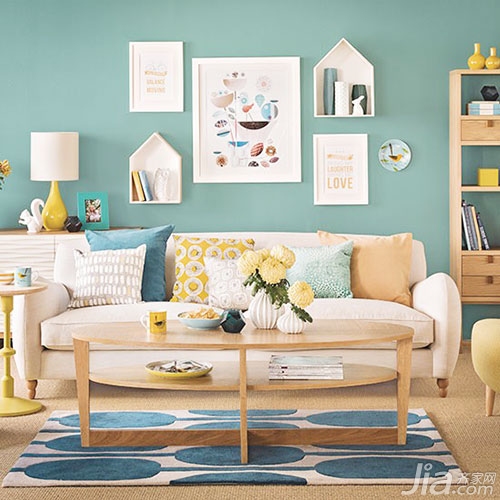 If your home has the following forms of expression, it is recommended that you pay close attention to:

1. When you get up early in the morning, you feel bored, nauseous, and even dizzy.

3. Although he does not smoke, he rarely touches the smoking environment, but he often feels uncomfortable in the throat, has foreign body sensation, and has poor breathing;

5. Family members often have skin allergies and other problems, and are grouped;

6. There is a disease in the family, and after leaving the environment, the symptoms have changed significantly and improved;

7. The wife is not pregnant for a long time and cannot find out the reasons;

9. After a new move or new decoration, indoor plants are not easy to survive, and the leaves tend to yellow and wither. In particular, some plants with the strongest vitality are difficult to grow normally.

10. After the new move, the domestic pet cat, dog or tropical fish died inexplicably, and this is also true of neighbors.

11. The newly-renovated homes or newly-purchased homes have irritating reactions such as harshness and pungent odors, and they remain odorless for more than one year.

According to the "Civil Building Project Indoor Environmental Pollution Control Regulations (GB50325-2001)", the current national environmental pollution materials for civil buildings (the interior decoration also applies this standard) mainly have the following five categories: helium, free formaldehyde, benzene, Ammonia, TVOC. According to experts, decoration mainly involves volatile substances such as hydrazine, free formaldehyde, benzene and TVOC. Where do these harmful substances come from? What are the hazards? Please listen to experts one by one.

He is an underground killer

According to experts, helium is a radioactive inert gas, colorless and odorless, found in cement, sandstone, and natural marble. This radioactive gas can easily accumulate in underground closed spaces. First, because it is a free-moving gas in the soil and rock space under the foundation of the house, it can enter the room through any gap. In addition, decorative materials such as cement and granite in underground buildings also have their own associated radioactivity, accelerating the accumulation of radon gas. Sputum pollution is second only to smoking. It ranks second in lung cancer incentives and damages the reproductive system.

Benzene is a colorless liquid with a special aromatic odor. The unpleasant, faint scent you smell in the decoration is probably benzene. It is usually found in paint additives and thinners, and there are also benzenes in solutions of additives for waterproofing materials, decorative materials, or adhesives for wood-based furniture. Benzene has irritating effects on the skin, eyes and upper respiratory tract. Long-term inhalation may cause aplastic anemia.

Free formaldehyde is the focus of everyone's attention. Currently, formaldehyde is a raw material for the manufacture of synthetic resins, paints, plastics, and man-made fibers. It is an important raw material for the manufacture of urea-formaldehyde resin and melamine resin in the wood-based panel industry. Materials used in interior decoration or furniture, such as plywood, blockboard, medium-density fiberboard, particle board, wall covering, wallpaper, chemical fiber carpets, paints, coatings, adhesives, etc., all contain formaldehyde or hydrolyzed to formaldehyde to varying degrees. Chemical material. These residual or decomposed formaldehyde will gradually release into the surrounding environment, with the longest release period of up to 10 years.

Ammonia is mainly derived from concrete admixtures in building materials. In winter construction, the concrete wall is often added with an admixture of urea and ammonia as main raw materials to protect the concrete against frost. These additives will be reduced to ammonia gas in the wall with the environmental factors and slowly released from the wall, resulting in increased indoor ammonia concentration.

The smell of ammonia is relatively strong and most people can notice it. Prolonged exposure to ammonia may cause symptoms such as skin pigmentation or finger ulcers; short-term inhalation of large amounts of ammonia may cause tearing, sore throat, hoarseness, cough, sputum bloodshots, chest tightness, difficulty breathing, dizziness, and headache. Nausea, vomiting, fatigue, and other symptoms, severe pulmonary edema, adult respiratory distress syndrome, and respiratory tract irritation may occur.

It mainly affects the central nervous system, causing dizziness, headache, weakness, chest tightness and other symptoms; sensory stimulation, unpleasant smell, stimulate the upper respiratory tract and skin; affect the digestive system, loss of appetite, nausea, etc.; also suspected that there is local tissue Inflammatory reactions, allergic reactions, neurotoxic effects. Experts said that the taste of sour and sour in the average family may be the taste of TVOC.

Anti aging Masterbatch also called the sun light color masterbatch,its main function is used in outdoor plastic products,after a long time of exposure to othe sun and wind and rain,alternating temperature extremes,acid corrosion in the natural environment,can keep a long time no color,no fading ,no migration ,and at the same time prolonging aging time of plastic product itself the.Widely used in rubber and plastic runway ,outdoor floor,artificial lawn and other simulation facilities.