Collection of ancient locks to study the history of ancient locks
Into the home of An Lao, a table and cabinets in a house are placed with boxes one by one. In these boxes, the treasures of the old-fashioned "heart and baby" - ancient locks. According to reports, these ancient locks are as many as a thousand pieces, spanning hundreds of years, and the largest number is the products of the late Qing Dynasty and the early Republic of China.
An Bingwu old man began to collect copper locks from his 20s, and visiting the antique market once a week has become his unstoppable journey. "At that time, this ancient lock was not expensive. You can buy a few dollars, but if you study it carefully, you will find that each lock has a taste." An old introduction, collecting ancient locks, is also a history of knowledge. Learn. "China has a lock for more than 2,000 years. Most of the early locks were made of copper, a small part was made of iron and wood, and a very small amount was made of silver and gold."
An Lao picked up an animal-shaped copper lock and held it in his palm. "This copper lock is not big, but it is very beautiful. You see, it is a unicorn, a legendary auspicious beast. Many ancient times. The copper lock will be made into the shape of an animal to take its auspicious meaning." In the locks displayed by the elderly, there are various shapes, such as horse-shaped copper locks that mimic animal shapes, butterfly copper locks, monkey-shaped copper locks, and imitations. The generals of the daily life of the brass hat, the golden bell copper lock, the basket of copper locks ... one by one vivid and expressive shape is eye-opening.
Who is the cloud lover who is locked like a puzzle?
In his research, he found that the ancient locks not only have a variety of overall shapes, but also the shape of the keyholes. In addition to the ordinary circular and curved shapes, there are also "ji"-shaped, "upper"-shaped, "ancient"-shaped, etc. . The opening of these ancient locks is also very particular. Some locks, the key is inserted directly into the front and then pushed forward, some have to turn the key 90 degrees and then push forward to open, some to improve the anti-theft ability, then hide the keyhole, become a dark door lock, more Some need to use two keys to open in a certain order.
As soon as he had time, he took a magnifying glass and studied the ancient lock structure carefully. "Although every lock is equipped with a key when you buy it, it is not that you can simply open it." An Lao said that different locks are opened differently. He is most intoxicated by this process. Locking is like a mystery that cannot be solved. When the eccentric ancient lock is opened, the excitement cannot be expressed in words.
Ming Dynasty password locks the wealthy anti-theft tool
Modern people's lives are inseparable from a variety of electronic password locks and safes, and if the ancients want to hide the security, they can not do without the password lock. However, the modern people who used to see the bronze lock of the crossbar in the costume drama sneered at the secret function of the ancient copper lock. In fact, the ancient locks were not â€œembroidery pillowsâ€ at all, and many designs were quite modern.
An Bingwu's collection also has such a password lock, which is also the most difficult type of ancient locks in his collection. There are five swivels engraved with Chinese characters on the lock. Each swivel is engraved with five Chinese characters. Just like the current password disc, it is placed on the lock, and the swivel is rotated in turn. Only a specific combination can make the lock nose pass. Then I can rotate it again. If the person who doesn't know the password can get the copper lock even if he gets the key, it can be said to be unique.
"The words on the lock ring are not uncommon, but in the ancient times when school was not popular, not everyone can recognize it. This is an anti-theft tool that can be used by ancient big families. I guess the thief will collapse when it encounters this lock. "An Bingwu old man said with a smile.

Horizontal Autoclave is a high pressure vessel which is used to sterilize liquid or utensils when the boiling point of water is higher than 100 degree above normal pressure.

2., with the drying function, the drying effect of the sterilized articles can be achieved.

3. the automatic protection device is equipped with overtemperature and overpressure.

4. safety interlocking device: when the door is not closed, the steam can not enter the inner body and alarm. When the pressure of the sterilizer is more than 0.027MPa, the door is interlocked and can not open the door.

5. overpressure protection: when the pressure exceeds the working pressure, the relief valve is automatically released.

7. over current protection: when the current is overloaded, the power circuit breaker automatically cuts off the power supply.

8. Made of high quality stainless steel. 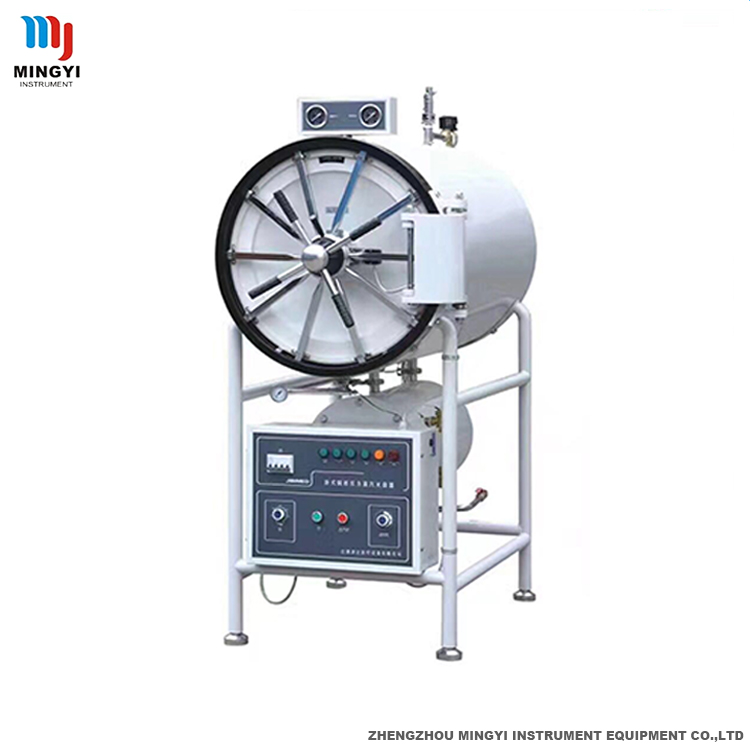 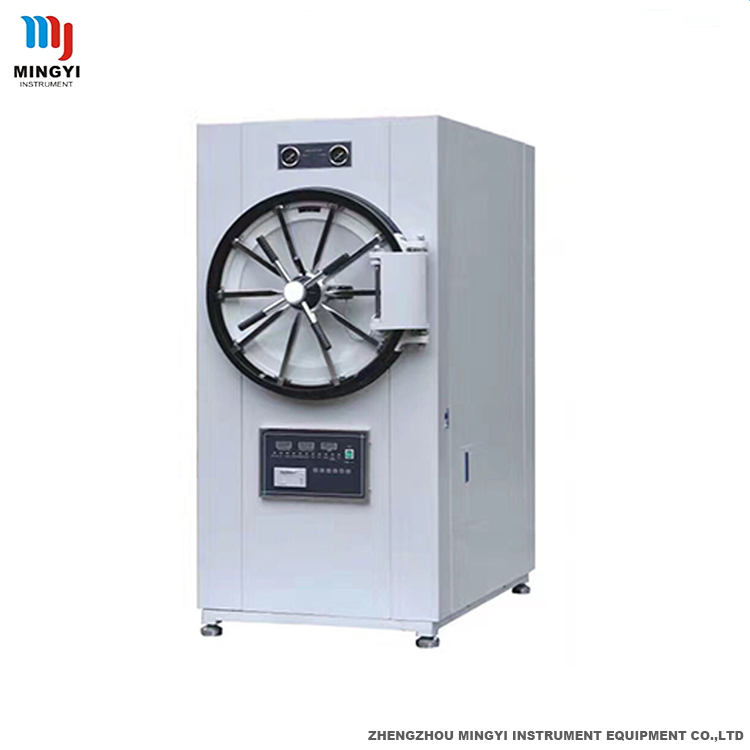 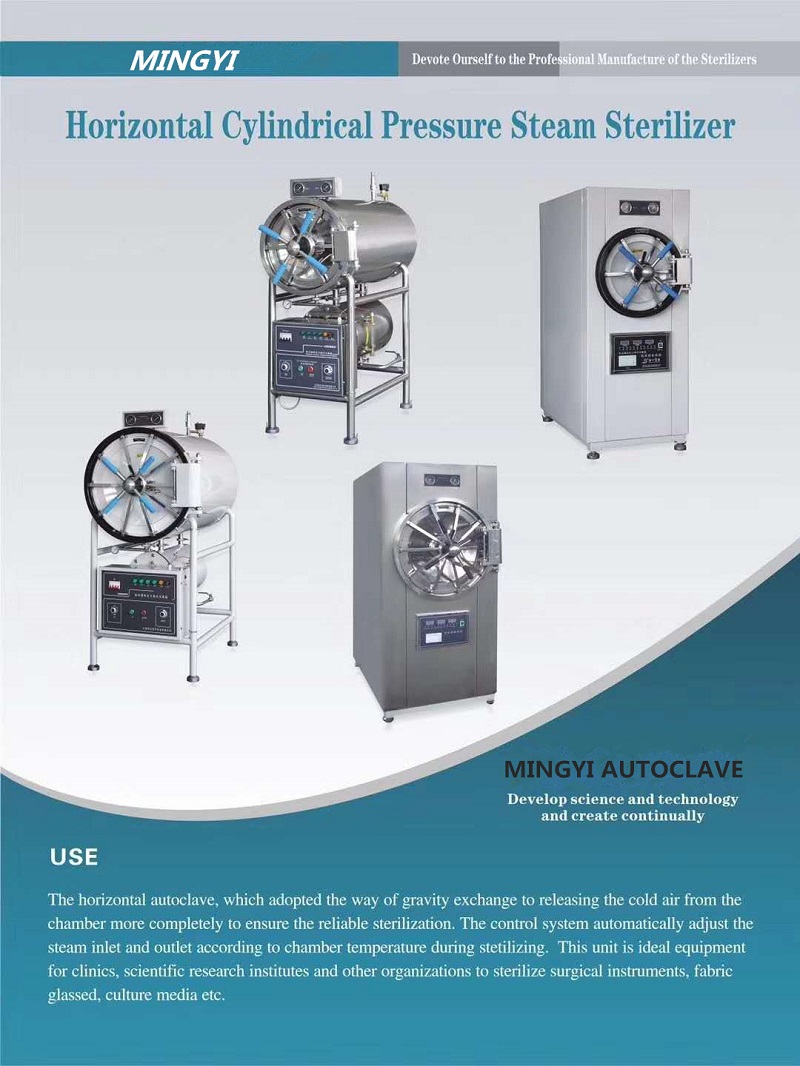